We have worked closely with the music charity Nordoff Robbins for a number of years, creating a variety of awards to support their fundraising events. Our Design Manager was particularly excited this year when the brief for the 2014 Football Extravaganza Award came through, as the recipient would be non-other than Manchester United legend Ryan Giggs. 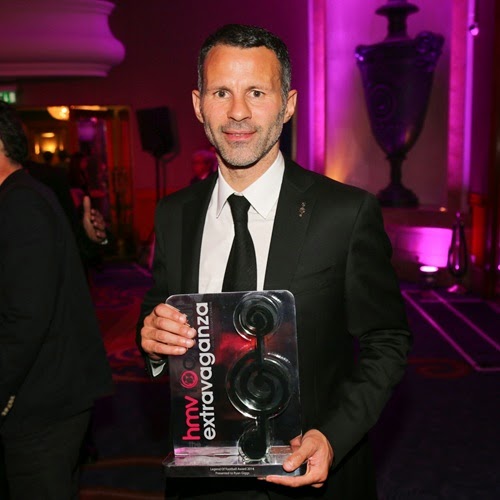 “I have always been a Manchester United fan and I was lucky enough to have designed the award in 2010 for Eric Cantona. To design the award again this year for Giggs was amazing, he was always my favourite player growing up.” 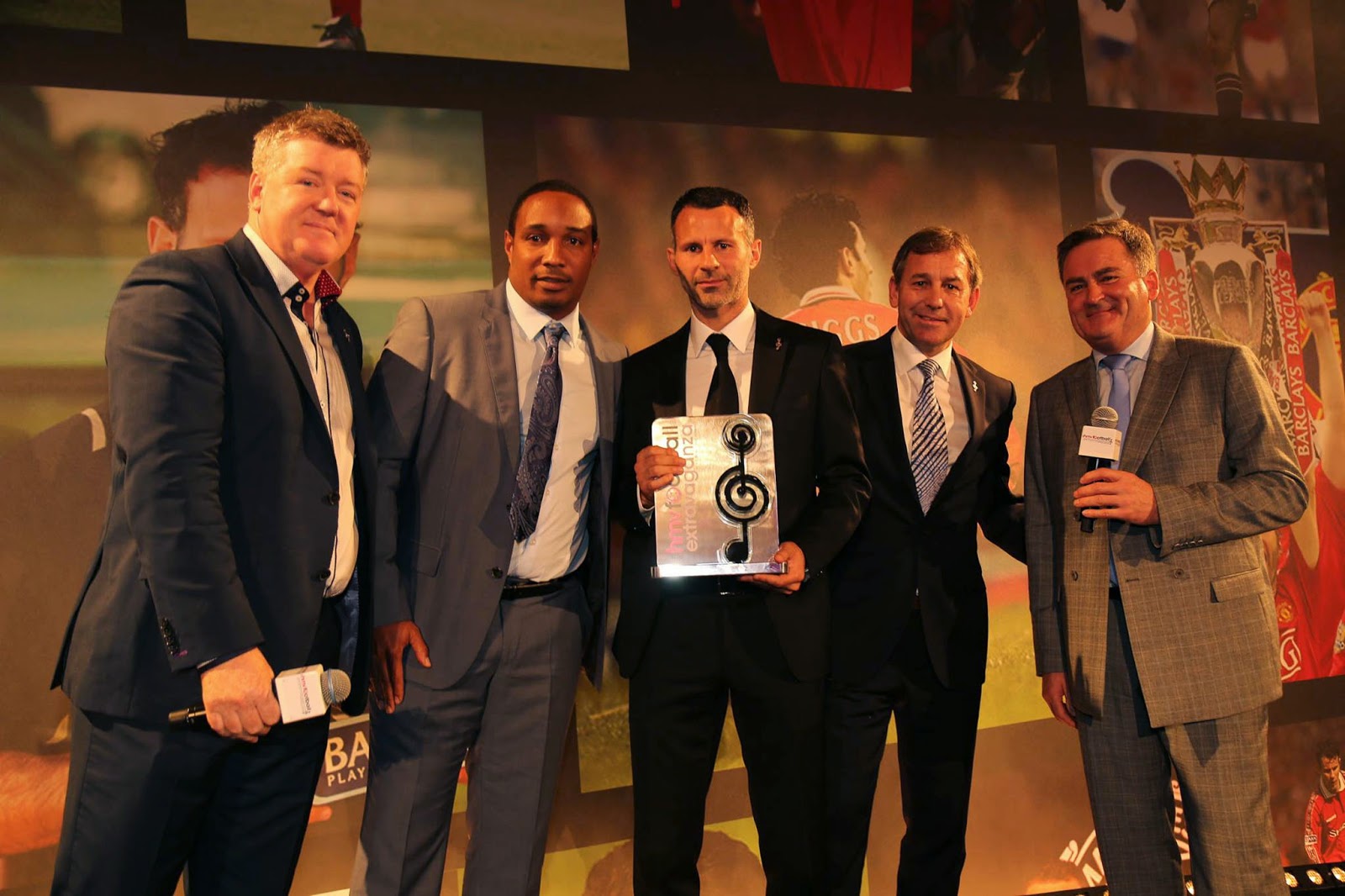 £402,000 was raised for the charity at the event held in London. Ryan Giggs was joined by fellow class of ’92 teammates Gary Neville, Paul Scholes, Nicky Butt and Phil Neville. Before receiving the award Ryan was treated to a performance by the Stereophonics, who had flown in from America specially to pay tribute.

“It’s a very special award. I came to the dinner when Eric received his and it was only then that I realised how big an award it is and it’s for such a great cause. Nordoff Robbins is a great charity. I remember at Eric’s dinner that we heard from parents of some of the children who benefit from the charity and they discussed the help they get from music and how much progress they make by using it.” 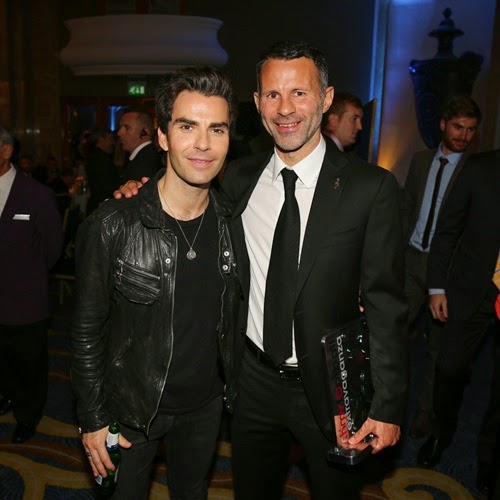 Gary Neville presented a Sky Sports style analysis of his famous 1999 FA Cup semi-final goal against Arsenal in which he described it as “The greediest thing he has ever done.” You can watch the video here.