Most of our clients come to us looking for an original idea produced by our in-house design team, but sometimes we are asked to reproduce an existing trophy. We are more than happy to do this (provided the client owns the copyright), but we do like to put our own spin on it! This will often be quality improvements, manufacturing enhancements or subtle design changes to improve the award. We were approached by Shine TV in 2012 to give the MasterChef trophy the Gaudio treatment, so let’s have a look at how we went about it.

For those of you that don’t know, MasterChef is a hugely popular BBC competitive reality cooking show. There are actually four shows in the UK: MasterChef (for everyday people who can cook), MasterChef the Professionals (for working chefs), Celebrity MasterChef and Junior MasterChef. The show first aired in 1990, hosted by Loyd Grossman and now exists in over 50 countries around the world. 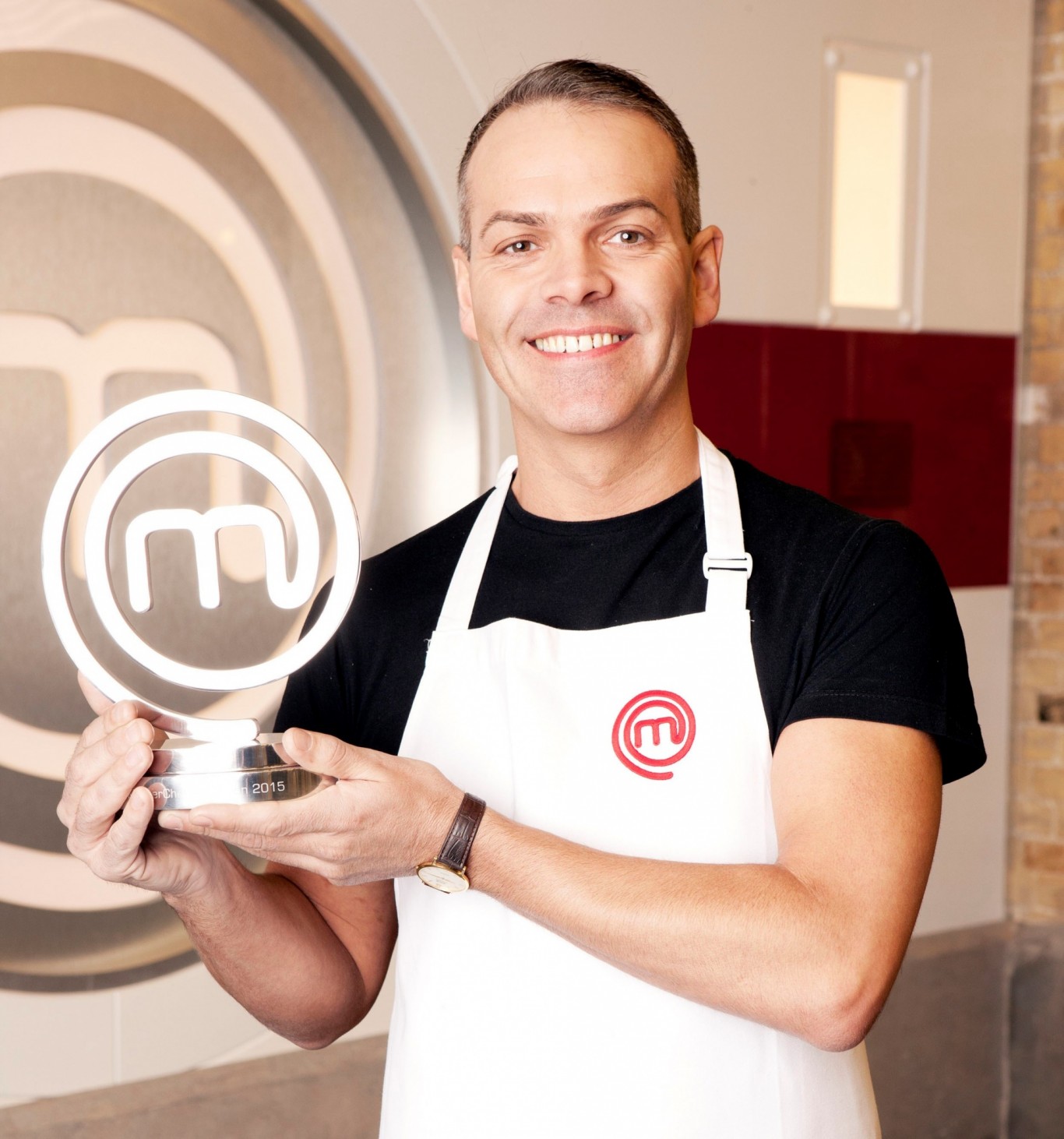 When MasterChef was revamped in 2001, the logo we recognise now was introduced (prior to this a chef’s hat on a gold roundel was used). This branding remains consistent across all the shows around the world (various colours have been used), but the trophy has varied wildly. Before starting on the current redesign, we had a look at what has been used in the past and abroad. As you can see, the logo remains the focal point, but the materials, design and styles of the trophies varies massively. The 2012 UK trophies consisted of a very thick coloured acrylic profile of the logo on top, with a polished metal facia, mounted on a metal base. 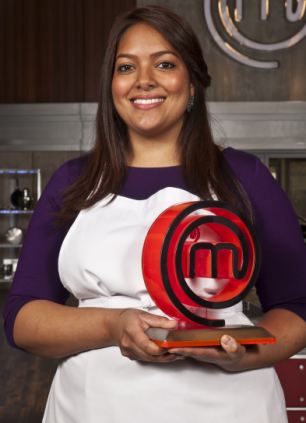 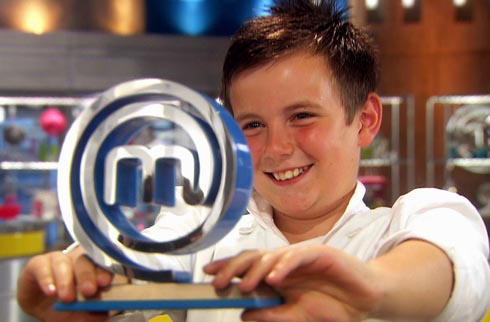 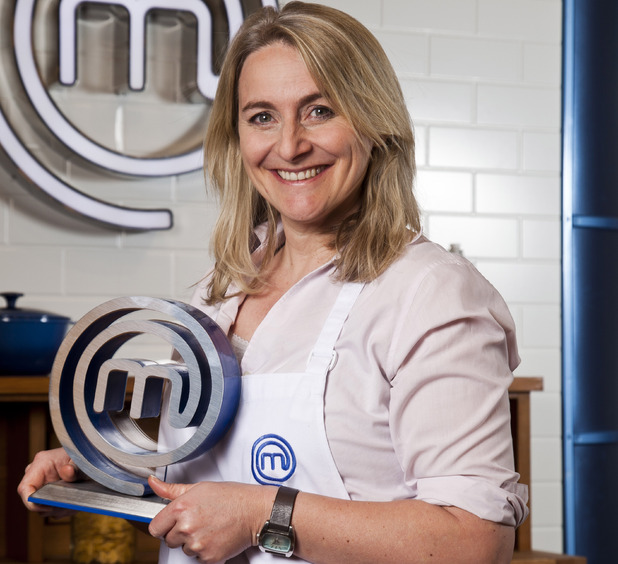 The client was looking to move away from the 2012 design, to something simpler, prestigious and more elegant. The overall design would ultimately remain very similar due to the focus on the logo, but this was our chance to put our design touch onto the award and improve the quality along the way. 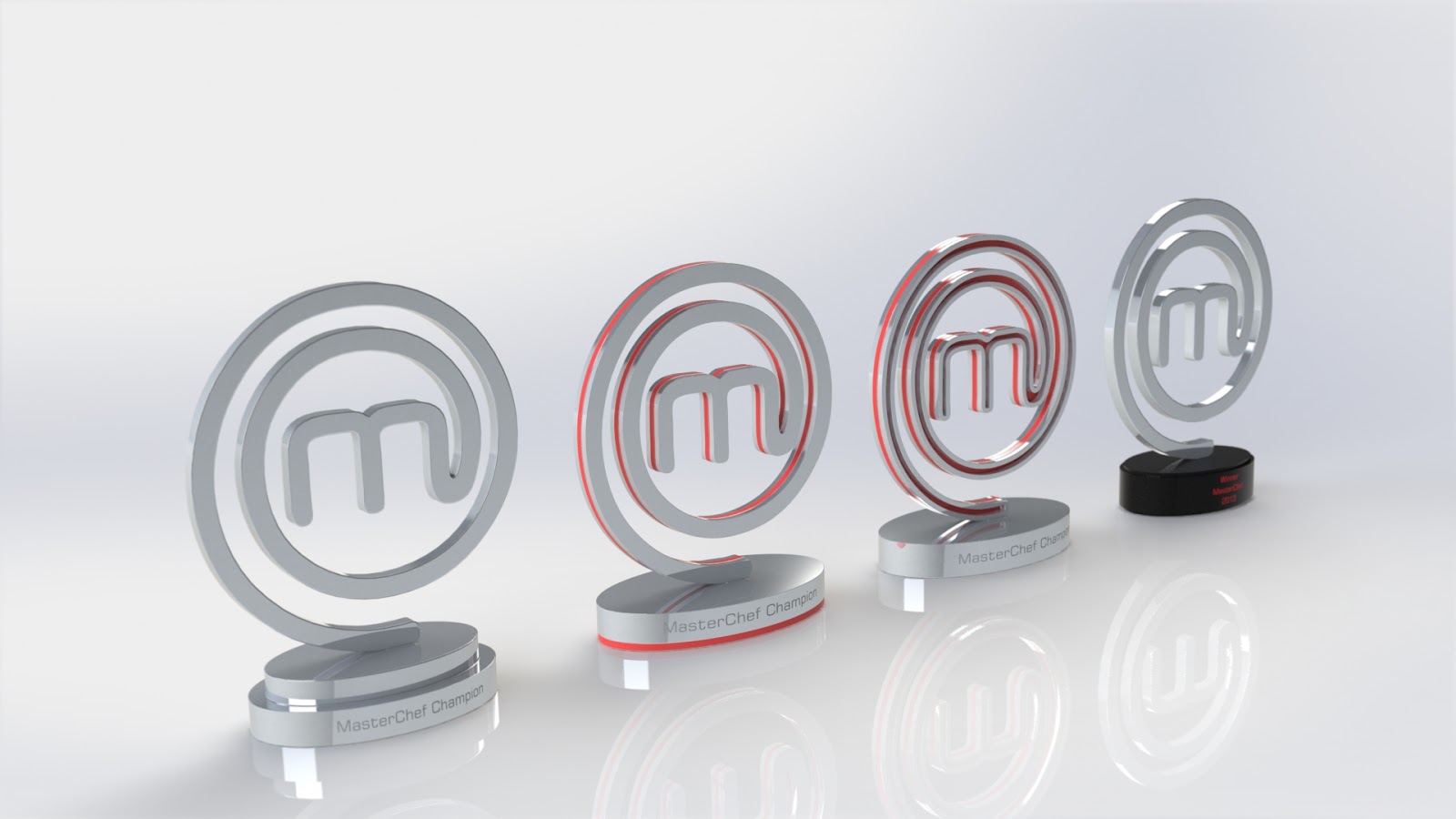 We produced a range of ideas based around the logo and options of colour (the client was still playing with the idea having red in the trophy as this was the MasterChef colour at the time). The final design selected was a more elegant polished aluminium profile of the logo, mounted on a tiered aluminium base to give more emphasis to the branding and create a less bottom-heavy feel. 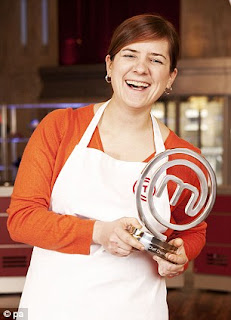 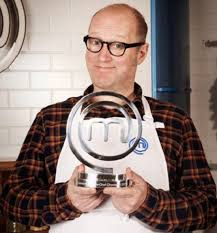 In 2014 the trophy was used for Junior MasterChef for the first time, won by 12 year old Phoebe Riley from Kent. MasterChef superfans will have noticed that the Professionals have never received a trophy (I guess winning the show was enough of a prize!), but that is all set to change this year… 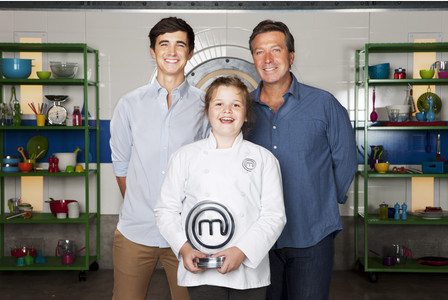 So as you can see, a lot of thought and effort goes into our redesigns/developments, even though you may not have even noticed it’s changed. Our attention to detail and quality shines through under the glare of the cameras and that’s why our customers continue to recommend us. If you have enjoyed this blog you might be interested in the development of the Pride of Britain Awards.