5000 runners took part in the National Lottery Olympic Park Run at the weekend, and became the first people to cross the Olympic finish line. The runners included members of the public, celebrities and royalty! Princess Beatrice started the runners and took part in the 5 mile run, before awarding the winners with their Gaudio designed Olympic Trophies. 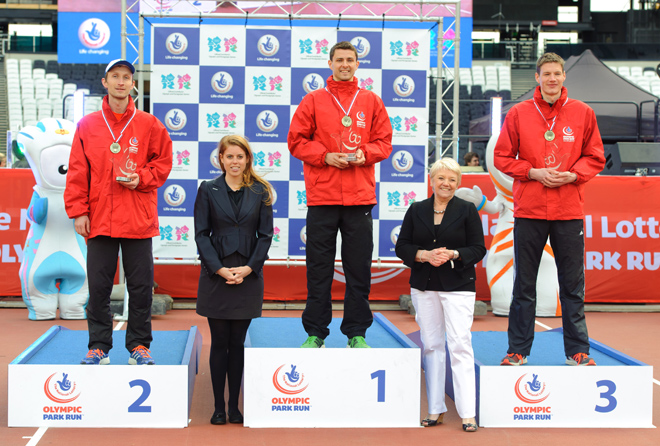 Model Nell McAndrew took the award for fastest woman, with a time of 29 minutes and 21 seconds. Former Spice Girl Melanie C was also on hand to support the event as she ran in the race in under 40 minutes. She said: ‘It is just so exciting. That moment when I entered the stadium was just incredible. When I was young I had ambitions to be an Olympic gymnast so I love the Olympics.’

Watch a video of the winners on the BBC sport website