The annual tear-fest that is the Pride of Britain Awards is coming up next month, so we thought we’d take this opportunity to look back at how the design of the trophy has changed over the years.

The Pride of Britain Angel is an iconic design that we all associate with this unique event, but what you may not realise is that a few tweaks have been made to the trophy over the years.

1999
The inaugural event was held in 1999 and was a much smaller affair than we see on TV today. The original trophy was a printed and engraved off-the-shelf crystal award and the setting was a little more “budget”! The event may have grown over the years but some things haven’t changed. Like the current ceremonies, the first event attracted A-list celebrities and politicians to reward the inspiration people of Britain, and of course Carol Vorderman hosted! 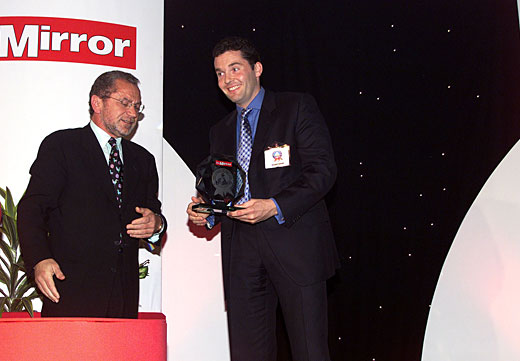 2000
Following on from the huge success of the opening year, the 2nd Pride of Britain Awards was a much bigger production. The logo we recognise today began to develop with the idea of the person silhouette – although it hasn’t quite evolved into the angel yet. The 2000 award took a 3D form of the stick figure and encapsulated it in clear acrylic.

2001
By 2001 the stick figure has evolved closer to what we know today (minus the Union Jack wings). For the third year running we see a different award as the production team continue to experiment with their branding. This time we see a metal/foil figure encapsulated or etched in clear acrylic or crystal and mounted on a black base. 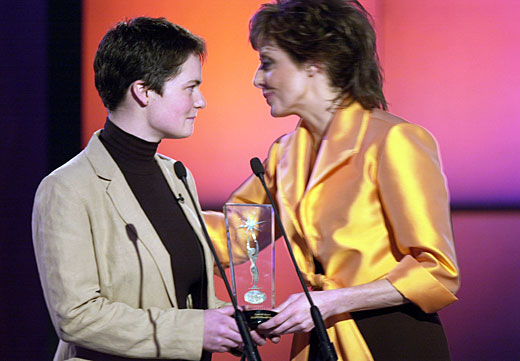 2005
Fast forward to 2005 and we see our first glimpse of the Pride of Britain Angel we know and love. 2005 saw the introduction of the sculptured brass Angel, but on a tiered metal base. See the video below (also look out for a very young looking McFly!)

2006
The 2006 trophy looks much more familiar, with the cast brass top and black base. Pictured below are winners Beverley De-Gale and Orin Lewis who set-up the Africa Caribbean Leukaemia Trust after their son Daniel was diagnosed with leukaemia in 1995. 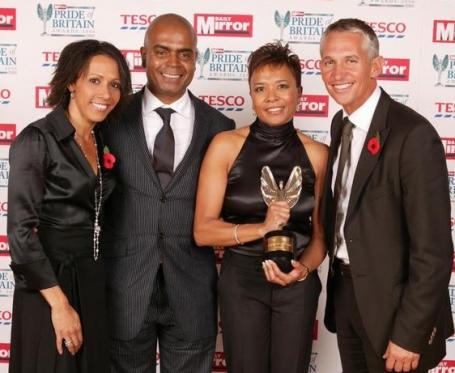 2011
In 2011 a couple more subtle changes were made to improve the manufacture and quality of this now very prestigious award. A bright nickel plate was added to the brass sculpture to increase the shine on the award, and the base was machined from aluminium rather than wood to add weight. Finally the name plaques were sunk into a recess in the base rather than simply pinning them to the circumference of the base. The 2011 design is still being used today, with the 2013 awards currently moving through our production process ready for the big night. 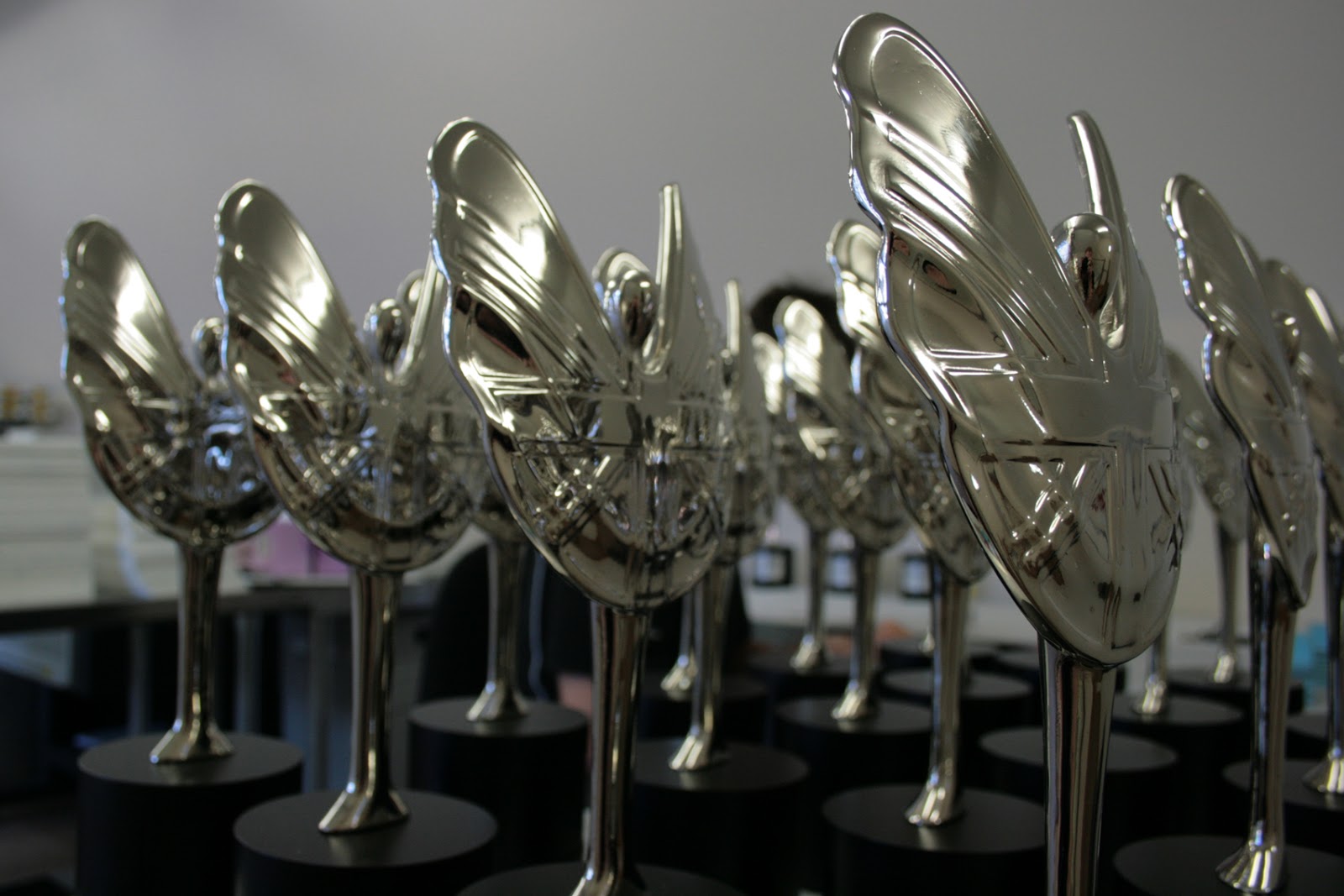 As you can see, even the most iconic awards have a history of evolution behind them, even if it’s not immediately obvious to the naked eye. Much like the wonderful Pride of Britain host Carol Vorderman, these awards have gotten better with age! We are extremely honoured to be the manufacturer of these stunning awards and the whole Gaudio Team will again be watching the show in October with immense pride.