The first ever Official Number 1 Album Award has been presented to non other than Ed Sheeran for his album X after the record jumped back to number 1 a year after release.

The Official Charts Company have traditionally only given out awards for number 1 singles (a silver version of this award), but they decided to give the same recognition to album sales this year. Gaudio Awards were approached to redesign the existing award to make it more prestigious. The new Album award is manufactured from solid aluminium with a 24 carat gold plating and personalised with printed logo and text. 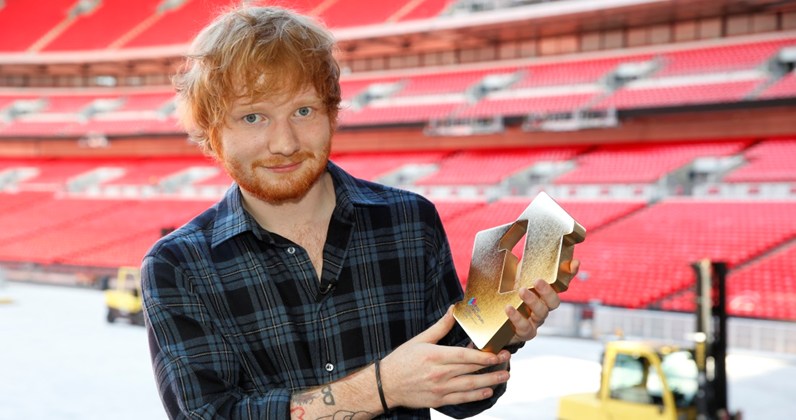 Ed was presented with his award on Friday, as he was preparing for his sold-out stint at Wembley Stadium. The album X was the biggest and fastest selling album of 2014 and has spent a total of 13 weeks at number 1.

As you can see in the video above, he seems pretty happy about receiving this award, and being able to keep it!