An emotional Kylie Minogue last night picked up her Gaudio designed O2 Silver Clef Award for 25 years of service to the music industry. Speaking after receiving her award, Kylie said “I never would have thought 25 years ago I could have got an award like this and I think that’s why I was so emotional up there. It’s really hard to comprehend and how to express my gratitude.”

Other winners on the night included Jessie J for Best British Act and Michael Bublé picked up the International Award. The glamorous event was attended by the biggest names in music, including Sir Tom Jones, Tinie Tempah and Mel C. 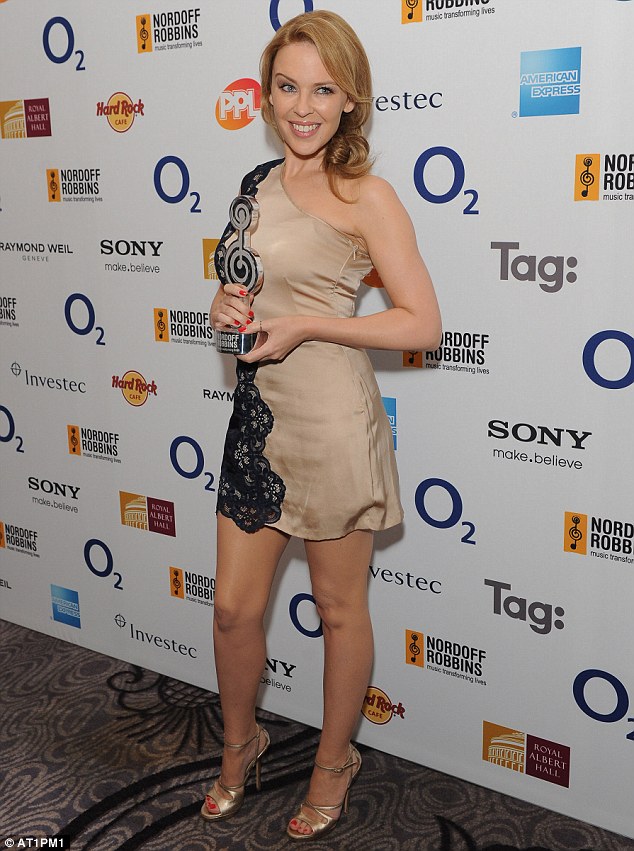 About Nordoff Robbins
Nordoff Robbins is a national music charity dedicated to transforming the lives of vulnerable children and adults across the UK.

No other organisation uses music to reach so many people, in so many contexts, with such consistently high levels of expertise. The power of music affects us all – through Nordoff Robbins it can transform lives.