The award was presented at the Glasgow Science Centre on Wednesday 27th February. Commenting on his achievement, Jeff said, “It’s a great honour to be named Chef of the Year by a panel of judges who are experts on the food industry in Scotland. I take great pride in my role as Executive Chef at The Balmoral – from developing menus and innovative dishes to training new chefs and championing seasonal Scottish produce – it means a great deal to be recognised by my peers for this.”

Awarded a Michelin star just 18 months after opening, the city centre venue has gone from strength to strength, winning three AA Rosettes at the AA Restaurant Awards and deemed Newcomer of the Year by a host of industry bodies in 2011.

Speaking about the two awards, Edinburgh-born chef-patron Dominic Jack said: “Since opening 18 months ago we have been on an incredible journey and being recognised with two awards really is testament to the hard work of the talented team.” 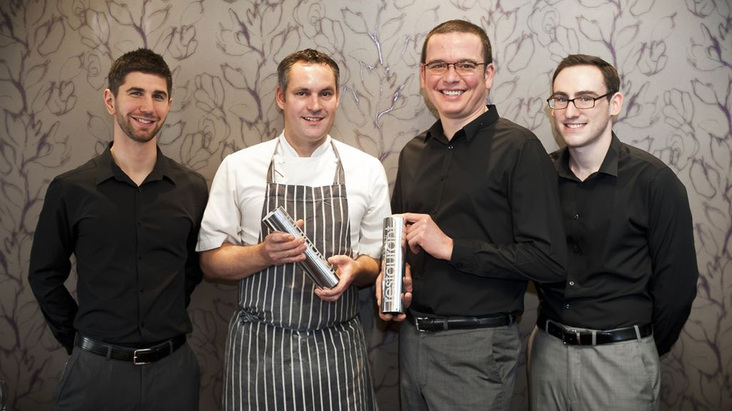 The Scottish Restaurant Awards, which are in their fifth year, aim to recognise creativity, good customer service and quality dining in Scotland, selecting finalists on the basis of nominations by restaurants, customers and suppliers with a panel of experts judging.